First of all, I’d like to point out that it was really cold the day I modeled for this. Also, I’m not actually all see-thru – that was what the painter called “artistic license”. (Image from urology health dot org)

There comes a time in every man’s life, when he’ll go to the urologist.  It’s often for one of two reasons;  Tinkle trouble or lack of pencil lead.  Sometimes we go for other reasons, but this is a “How To” guide, not a tutorial specifically designed for you and your icky medical issues.  By all means; don’t decide whether or not to go to the urologist on my account.  Relying on my dopey blog post for medical advice is like going to Honey Boo Boo’s mom for etiquette pointers obefore having high tea with the Queen of England.

The first thing you’ll notice about the urologist’s office is the waiting room.  Try to pick a seat without stains.  Seasoned veterans of the wee-wee doctor will bring their own magazine or a smart phone loaded with a few games.  To fully experience the first visit, leave your back issues of “Topless Sport Fishing” and “Consumer Reports – Best Jet Packs” at home.  Instead, delve into the offerings on the waiting room tables.  Articles may include such journalistic blockbusters as “Liver Spots – Badges of Honor or Oversized Freckles?” and “Yo Sonny – Pimp My Scooter!”

Having perused the selection of reading materials, it’s now time to look around the waiting room.  You’ll notice that everyone there looks a little bit like that old guy from your childhood who called the police every time someone stepped on his lawn or set fire to his garden shed.  At any given time, half of the waiting room population will be sleeping while the remainder of them watch “Match Game ’73” on TV.  A toothy Gene Rayburn holds a microphone that looks like a very long pencil as he brays like an ass and trades double entendres with Charles Nelson Reilly and Fanny Flagg.  You are quite likely the only person in the room who realizes this is a rerun.  The show breaks for commercial and a decrepit Robert Wagner comes on the screen to tell you about the advantages of reverse mortgages.

Before the commercial can end, you can expect to be rewarded for your patience and called back into the exam rooms.  Someone who is not a doctor will escort you and take your blood pressure.  Don’t worry! : If you’re old enough to go to the urologist, you’re old enough to have your blood pressure taken – constantly.  Your pressure turns out to be slightly elevated, but what the hell did you expect?  The pressure taker will leave the room, promising that the doctor will be in shortly.

There is strong evidence to support the existence of some sort of code among urologists which bans reading material or water-color landscapes in exam rooms.  The only visual stimuli in the small room will be the medical posters on the walls.

Each poster shows images more disturbing than the last.  The first one features cut-away views of the inner workings of the tinkle system.  Even though they’re just medical illustrations, it will disturb most men to see a cut-away view of their most tender of regions.  While we don’t like to admit it, most men prefer to think that “Little Willy” does his work entirely with magical powers and not because of the elaborate network of nerves and blood vessels we see in this grisly poster.  A quick look at the artist’s name in the corner reveals that it was not painted by Lorena Bobbitt.  Repulsed and queasy due to the images on poster number one, rookie urology patients will find themselves switching over to poster number two for solace.

Some of us call them cute names like “Little Willy“, but if you refer to your manhood as a “Fire Breathing Dragon“, that could be a sign of an infection.  (Image from uncyclopedia dot wikia dot com).

Upon first glance, poster number 2 appears to be a collection of interesting, geometrical shapes.  Closer inspection will reveal that the various pretty shapes are in fact artist’s representations of the many types of kidney stones.  There are some which resemble blackberries (the fruit, not the phone), some which are more like river rocks, and still others which look like multi-pointed death stars.  The mere thought of one of these spiked orbs gouging its way down your whiz tubes may cause dizziness and/or cold sweats.

The first time I saw one of these on a poster, I decided to give up all dairy. After further conderation, I also chose to give up peeing. (Image from turbo squid dot com)

By this point, the best strategy for time killing is to avoid poster number three entirely and go directly to performing a close inspection of your shoes.  I recommend loafers with intricate stitching – counting stitches can kill valuable time and monopolize visual attention away from posters of calcified abrasion-balls from hell.

Before you’ve had the chance to count the stitches a second time, the urologist should make his appearance.  He’ll want to shake your hand.  It’s okay to ignore his grip, but the length and girth of his fingers should be noted.  Irrespective of how small his fingers may appear, one or two of those digits will soon seem much bigger.

Don’t worry!: If you’re old enough to go to the urologist and get your blood pressure checked, you’re old enough to get your prostate checked as well.  The doctor will have you “drop trow” and assume a comfortable position – as if these two acts weren’t mutually exclusive.  The fact that urologists cannot see the looks on the faces of their patients during prostate exams is proof positive that they have no idea how cold the lube is. 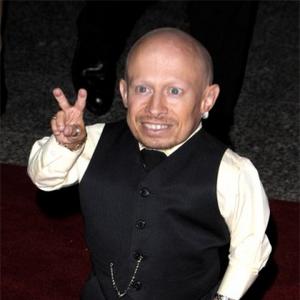 Patients can choose from several communication options for dealing with the prostate exam;

The Stoic – also known as The Eastwood: The patient makes as little noise as possible, focusing on deep, even breathing, clenched jaws and squinted eyes.

The Chatty – also known as The Filibuster: This approach involves engaging the physician in small talk about any topic except how much further he can get those two fingers up your ass – golf and the financial markets are popular choices.  As always, religion and politics should be avoided at all costs

The Comedic – also known as The Dangerfield: This approach involves coming up with amusing quips about the doctor buying you a drink first or his ability to palm a basketball.  Patients who opt to go with the Dangerfield should accept that most urologists have already heard these lines, and if these guys really liked a good chuckle they’d have a mirror on the wall to enable them to see that funny face you just made.

Experts agree that early detection of prostate cancer is key to improving ones prognosis.  The first step in looking for prostate cancer is the manual exam.  If you’re old enough to go through all of this, you should have enough common sense by now to know that a finger or two where the sun don’t shine is a small price to pay for possibly saving your life.

On the other side of the coin, experts can’t seem to agree as to whether the diagnosis of an asymptomatic enlarged prostate means much in and of itself.  Do some research before making any big decisions regarding an enlarged prostate, even if it means getting a second opinion.  If you opt for a second opinion, feel free to bring a magazine or smart phone and pay closer attention to finger size this time.

How To See Previous Posts

The Official How To Blog